“I remember my father so well. He was tall and lean with soft black hair. A cleft in his chin and the green eyes I inherited. But there was a sparkle in those eyes and a smile on his lips. He treated life as it came, and when the work on the farm was going well, he asked for nothing more.” - Ava Gardner,  Ava: My Story

Jonas Bailey Gardner, Ava’s beloved father, was born on October 30, 1878 in Saratoga, North Carolina. On January 21, 1903, 24-year-old Jonas wed 19-year-old Mary Elizabeth (Mollie) Baker in a small ceremony at her family’s home in Wilson County, NC. After a year of marriage, the newlyweds partnered with other Gardner relatives to begin purchasing tracts of land in the Townships of Boon Hill and Grabtown in neighboring Johnston County. The relatives hoped to secure bright futures for each of their families by farming and establishing various businesses on the property

By 1907, Jonas and Mollie’s family had grown to include their first three children, Beatrice (Bappie) Elizabeth, Elsie Mae, and Edna Inez. That same year, they decided to move from Wilson County to Johnston County to begin cultivating their property. Jonas constructed a wood-framed, two-story house for his family which sat adjacent to the land he planned to farm. Over the next few years, the Gardners had three more children, Raymond, Jonas (Jack) Melvin, and Myra Merritt. Their eldest son Raymond died tragically in an accident in their home at the age of two. 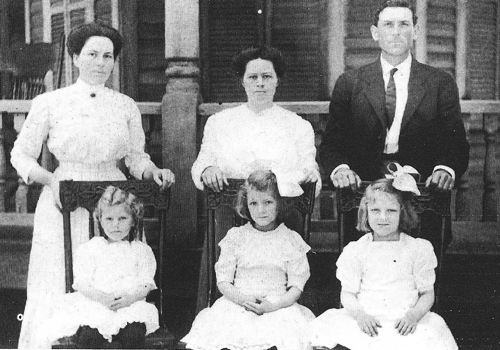 At first, Jonas raised crops of tobacco and cotton on the family farm. He thought these popular cash crops would help the family quickly pay off their debts from purchasing the land. Unfortunately, he faced several bad seasons and the arrival of the dreaded boll weevil, which destroyed many of the cotton crops in eastern North Carolina. Unable to pay off their debts, the family lost their land. They, like many other rural families throughout the 1920s, were eventually forced into tenant farming, working on the very property they had once owned. 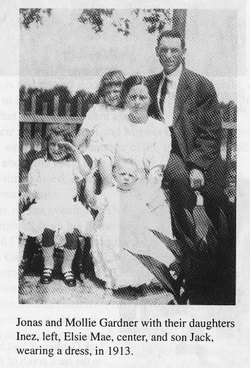 On Christmas Eve 1922, 44-year-old Jonas and 39-year-old Mollie welcomed their seventh child into the world. It had been seven years since their last child, Myra, was born. They named their new green-eyed baby girl Ava Lavinia after Jonas’ youngest sister. 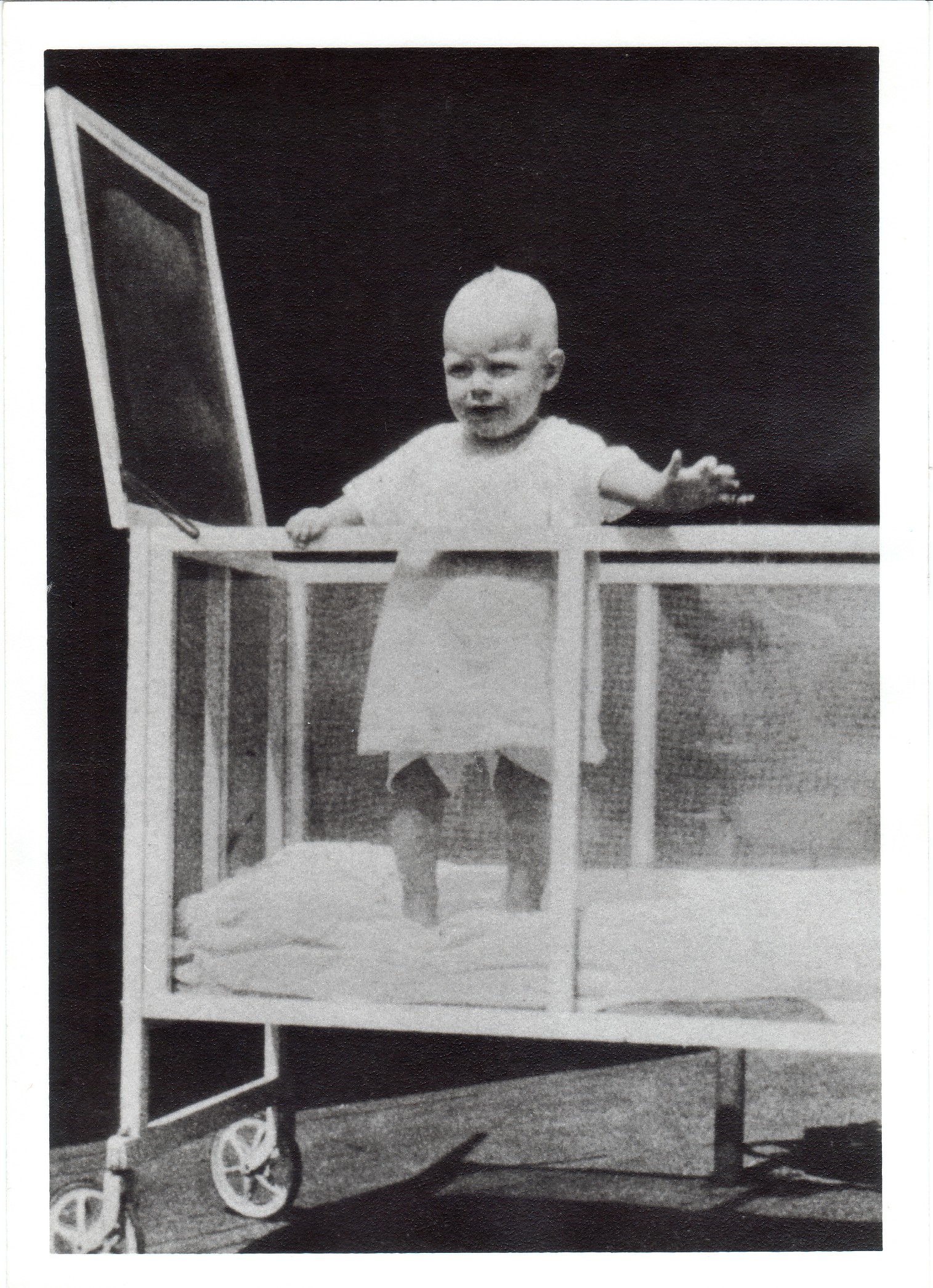 In the early years of Ava’s life, Jonas tenant farmed and sharecropped, farming someone else’s land and splitting the profits with the property owner. Ava appreciated how hard her father worked to support the family. Of his life as a farmer she said: “On one level, there wasn’t much to separate Daddy from the other farmers in Johnston County, North Carolina. He wore overalls hitched up over a plaid woolen shirt, with a short chunky jacket added if the season demanded it.” In her eyes, though, he was much more than a simple farmer. Ava said, “Daddy, however, was different. There was enough of a streak of the lyric and romantic Irish in him to let you know that deep inside he would have loved to have gotten an education, maybe even studied the few well-worn law books that for some reason were always around the house. But that wasn’t in the cards for him.” 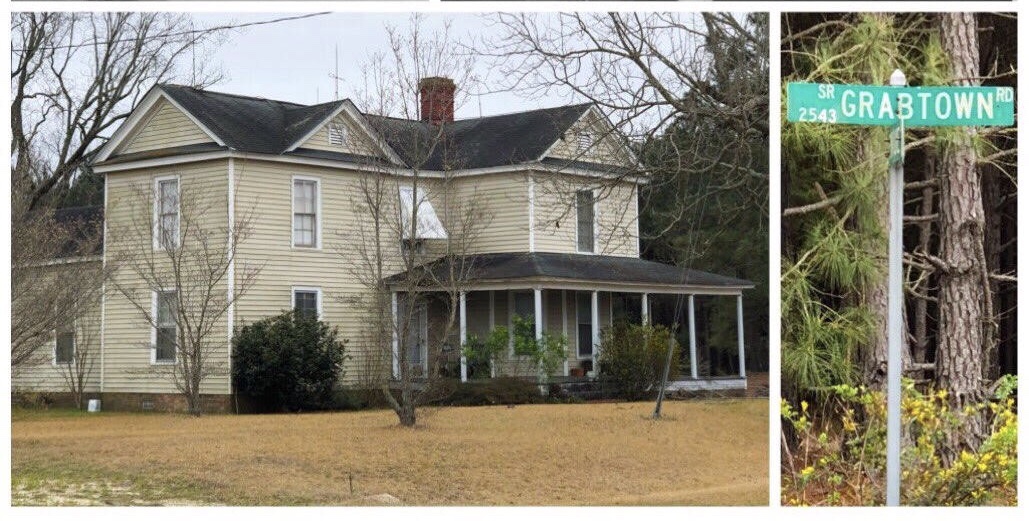 A recent picture of Ava’s childhood home in Grabtown.

Ava described her father as patient, quiet, and kind. In Ava: My Story she told the story of one of the few times she got in trouble with her father when she was caught climbing on a large pile of saw dust in her backyard in Grabtown:

“I had just about reached the top when I noticed Daddy looking up at me with a concerned look on his face. ‘Daughter, come down from there at once,’ he said. ‘You’ll hurt yourself.’ Though he called my sisters by their Christian names, Daddy always called me ‘Daughter.’ But no matter what he called me, I wasn’t about to come down. So I pretended not to hear. Once more, Daddy made his wishes known in a quiet, reasonable voice, and once more I pretended not to hear. The next thing I knew, Daddy had grabbed me, hauled me down, and delivered two or three sharp smacks across my bottom. I was outraged. Daddy had never, ever, spanked me before. His method had been lots of good-advice lectures about what was right and what was wrong. So I raced, yelling, for the comfort of Mama in the kitchen.” - Ava Gardner, Ava: My Story

After a fire burned down the family’s tobacco barn and cotton gin, they had to find income outside of farming. The Gardner family moved from their Grabtown farmhouse into the nearby Brogden Teacherage, a boarding house for unmarried schoolteachers. Mollie made money cooking and caring for the residents of the Teacherage who worked at the neighboring Brodgen School. Jonas tended to the school grounds and property, making building repairs and improvements as needed. He also found odd jobs in the local community, working occasionally at an area sawmill and helping other farmers tend their land. 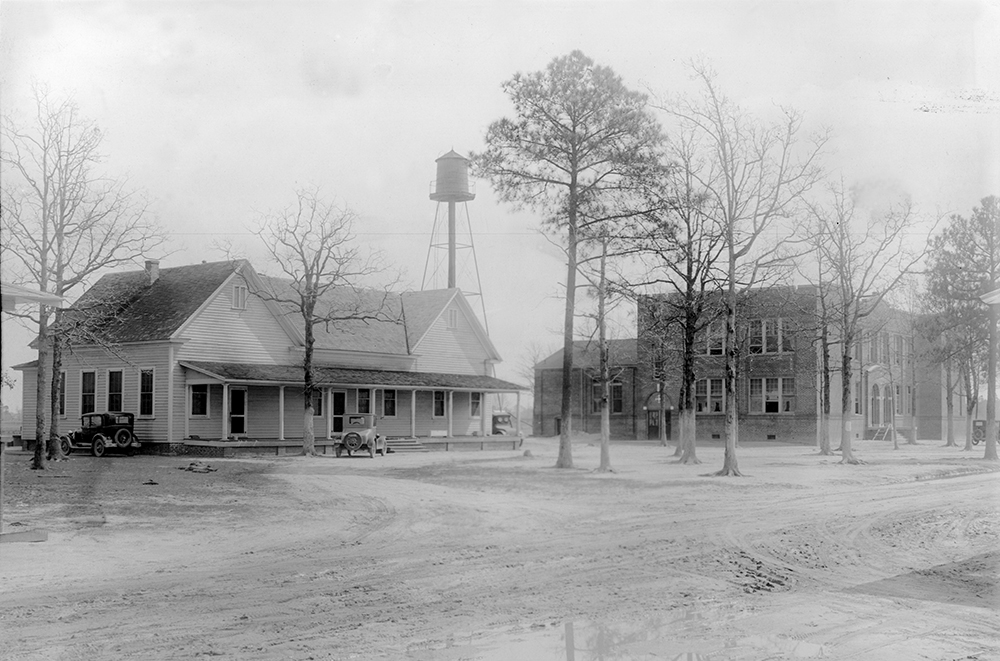 After a few years, the Great Depression hit North Carolina with a vengeance, and the state began to have funding shortages. In 1934, the state closed the Brogden School Teacherage and the Gardners again had to look elsewhere for work. Jonas and Mollie packed up and moved with young Ava to Newport News, Virginia where they operated a boarding house for shipyard workers. It was there that Jonas’ health began to rapidly decline. Years of serious respiratory problems and a cough that just wouldn’t go away, ultimately led to Jonas being hospitalized.

Each day after school, Ava would visit her father at Riverside Hospital in Newport News: “So Daddy just lay there and slowly died. Daddy was never a complainer, so you wouldn’t have known whether he was in pain or not, but I’m sure that racking cough must have been terrible. As often as I could, I went up to his room and read the papers to him. He loved hearing about politics, he adored President Roosevelt, and just being near him gave me a sort of peace and reassurance.” 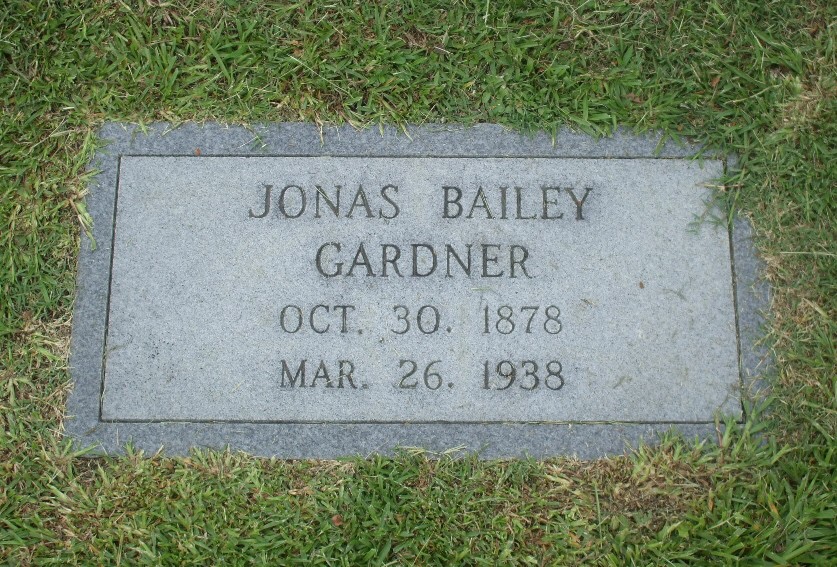 On March 26, 1938, when Ava was only 16 years old, Jonas passed away. Mollie and Ava returned to North Carolina to lay Jonas to rest in the Gardner family plot at Sunset Memorial Park in Smithfield, NC. The experience of losing her dearly loved father would impact Ava for the rest of her life. Ava said years later, “At the time I thought, I’ll survive it. It wasn’t until much later that I found out how much I missed him, found out that some part of me lay in that grave with him. Years later, and another lifetime away, at Grace Kelly’s wedding in Monaco, I watched her strong, vibrant father walk her down the aisle and I couldn’t help but think, If only I had a father like him to lean on.”

Shortly after Ava married her first husband Mickey Rooney, the two traveled to Washington, D.C. to attend President Roosevelt’s birthday party. In the Peter Evans book Ava Gardner: The Secret Conversations, Ava recounted her feelings on that day: “[Daddy] would have been so proud to see me at the White House, having dinner with his hero, FDR. [Mickey and I] watched the president give one of his famous fireside radio broadcasts and all I could think was, Daddy would have loved this, he would have been so proud of me.”

While she lost him at a young age, Ava had many happy years with her father. She shared some of her most vivid memories of him in her autobiography, Ava: My Story. This one seems indicative of the traits that Ava held most dear about her father: “Daddy did everything slowly and deliberately; there wasn’t an impulsive bone in his body. I can see him now, sitting at the kitchen table, making us lemonade. He’d rub the lemons for what seemed like hours so they’d be soft and the juice would literally pour out of them. Our tongues would be hanging out by the time that lemonade was made, but I’ve never tasted anything like it. No booze, honey, was ever so good.” 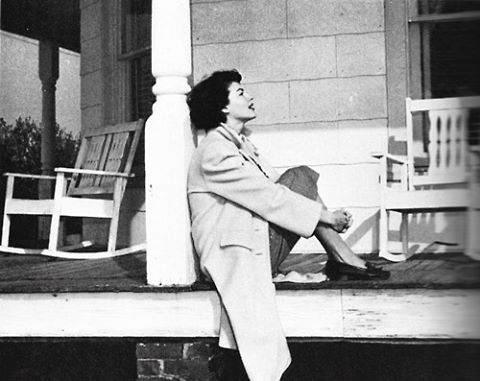 Ava visiting her childhood home in the 1940s.

When reflecting on her father during conversations with author Peter Evans, Ava summed up her deep feelings about him this way: “[Daddy] made me feel special…[and] made me feel loved. He made me feel safe. No daddy can do more than that for his daughter.”