“And the nominees are…:” Ava Gardner’s Acting Awards & Nominations

While Ava Gardner never won any of the major acting awards during her 45-year career, she was nominated for several, most notably the Academy Award for Best Actress for her role as Eloise “Honey Bear” Kelly in Mogambo (1953). 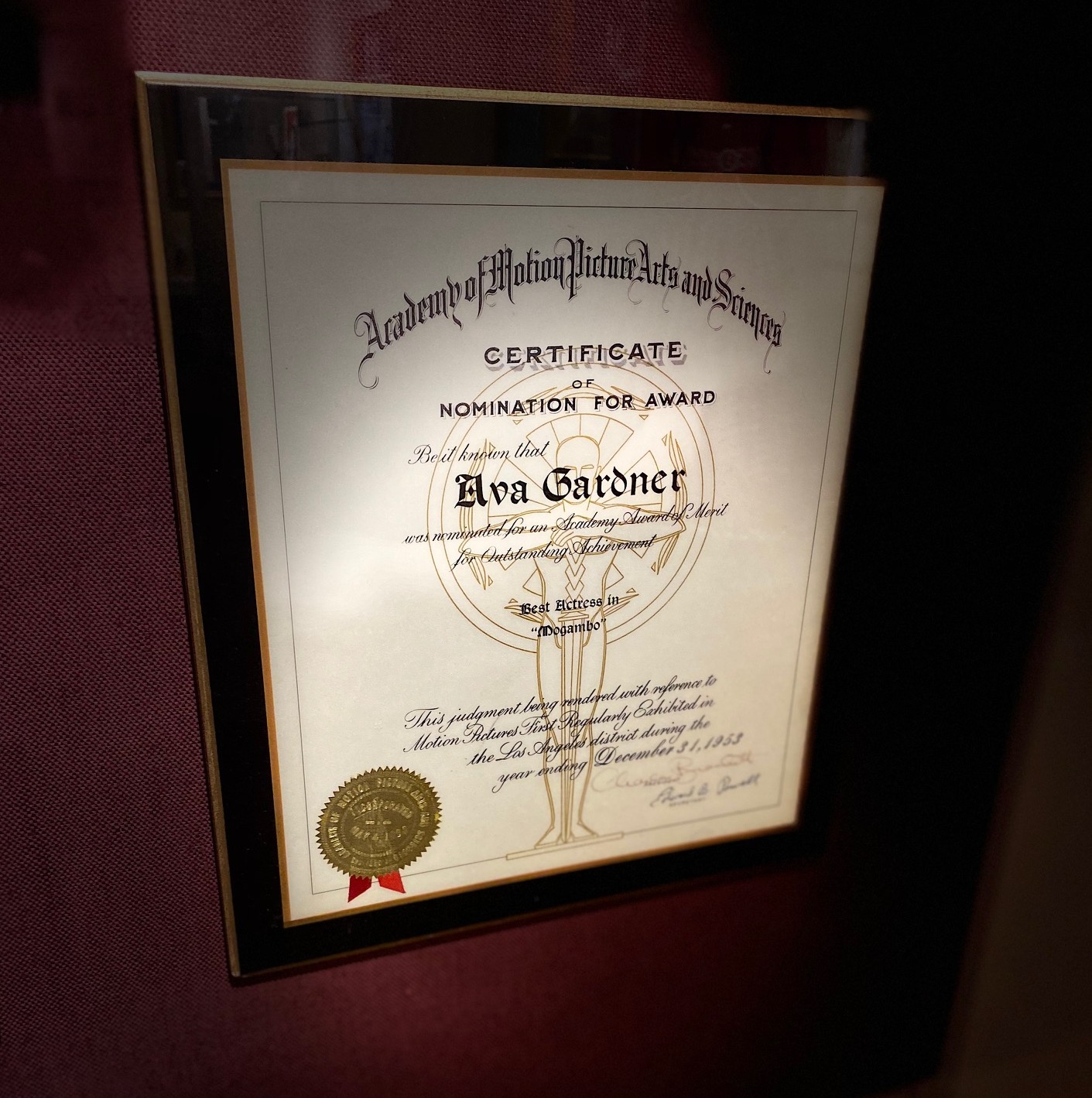 Of her role in Mogambo and the nomination for the Oscar, Ava said in her autobiography Ava: My Story:

“As far as my career as an actress went, Mogambo was probably as close to a pinnacle as anything I’ve done. I did get nominated for an Academy Award for best actress (though I was more relieved than upset when the Oscar eventually went to Audrey Hepburn in Roman Holiday) and I was told that I came within one vote of winning the New York Film Critics award, with even Bosley Crowther of the Times, who usually treated me like a bad smell, fighting gallantly in my defense.” 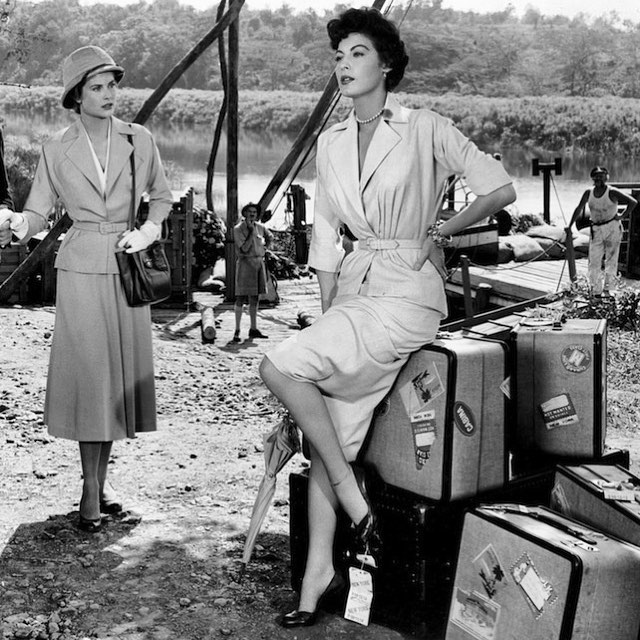 Ava starred in Mogambo with Grace Kelly and Clark Gable. For her role as Eloise “Honey Bear” Kelly, Ava was nominated for an Oscar and a New York Film Critics Circle Award.

In addition to her Oscar nomination, Ava was nominated for three British Academy of Film and Television Arts (BAFTA) awards for Best Foreign Actress in the films Bhowani Junction (1956), On the Beach (1959), and The Night of the Iguana (1964). 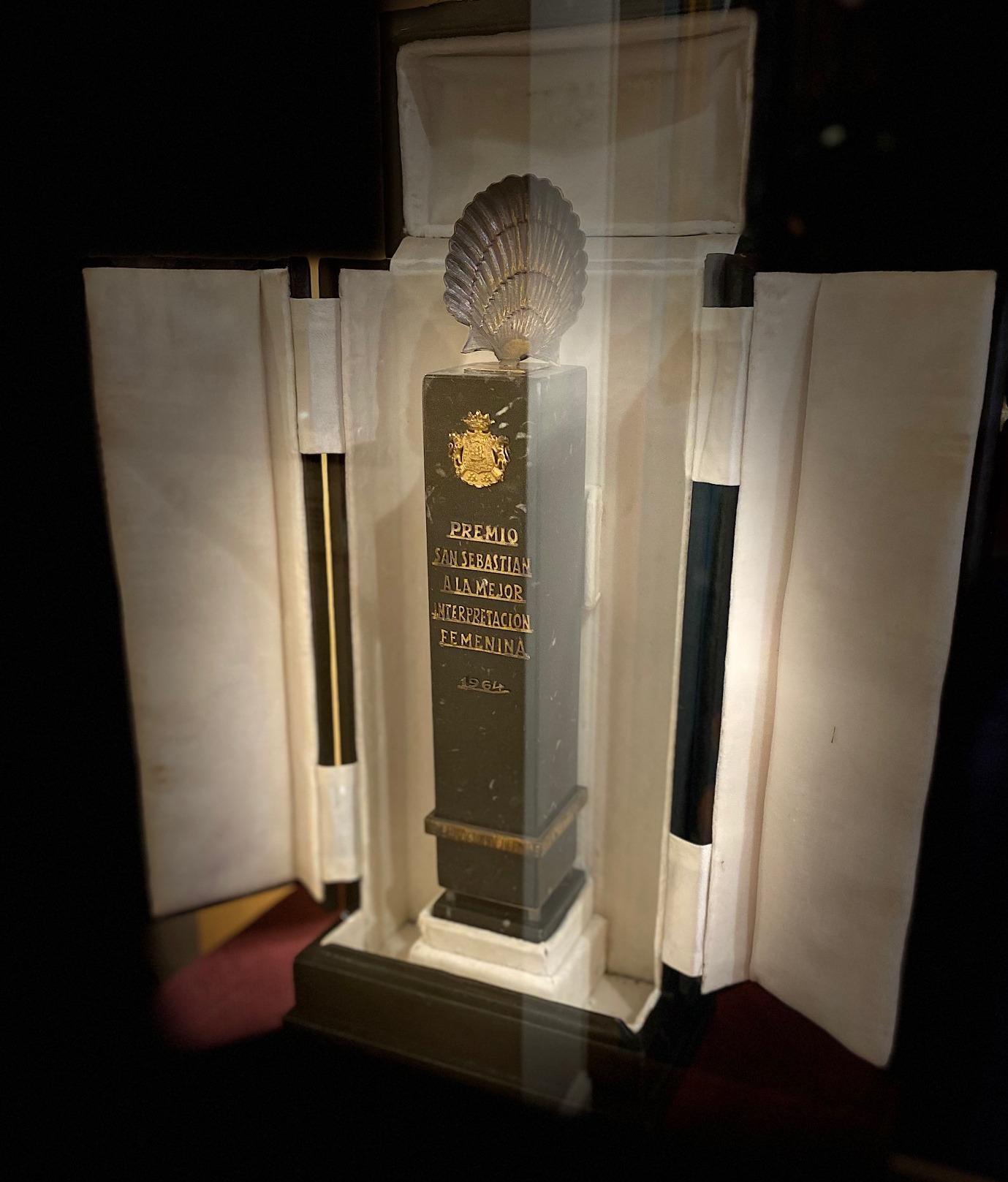 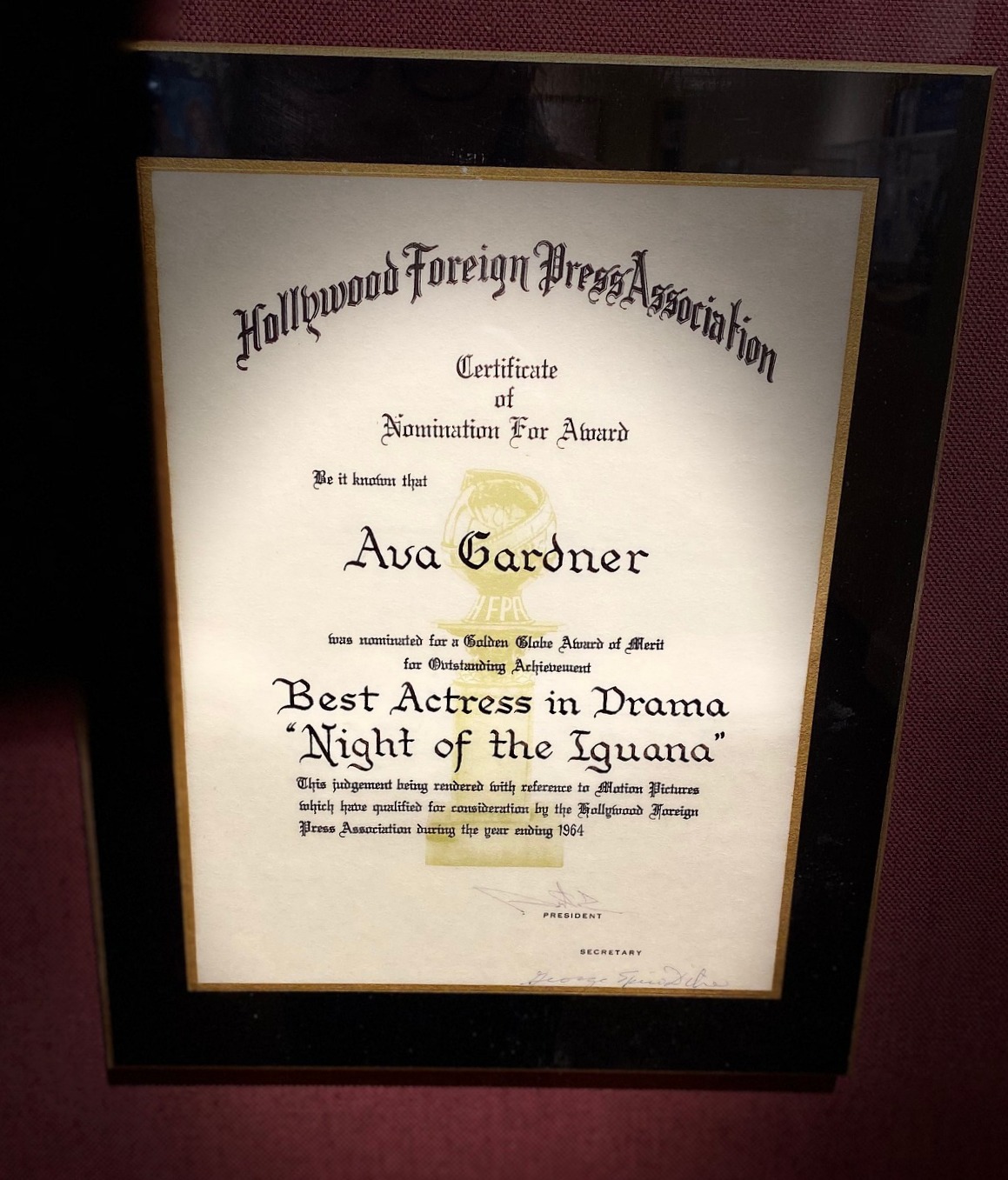 Ava’s certificate of nomination for the Golden Globe for Best Actress in Drama for her role in The Night of the Iguana is currently on exhibit at the Ava Gardner Museum.

Each of these films received mixed reviews, but they are now considered among the best of Ava’s filmography. Ava had mixed opinions on each of them as well, but all were roles that she took very seriously. 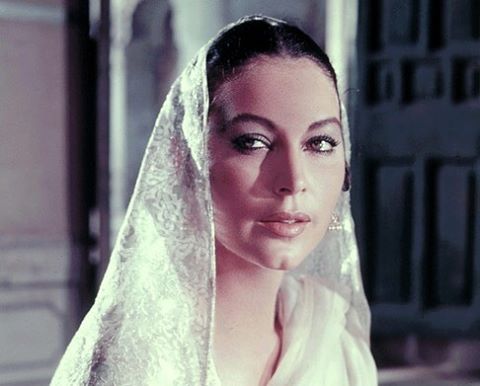 Ava in her role as Victoria Jones in Bhowani Junction (1956).

Ava on Bhowani Junction: “Bhowani Junction was one of my more serious films, one that allowed me to get more emotionally involved in a part than I usually did…Though my performance got respectful attention—Newsweek called me “surprisingly effective”—most of the critics felt the film didn’t quite hit the mark.” 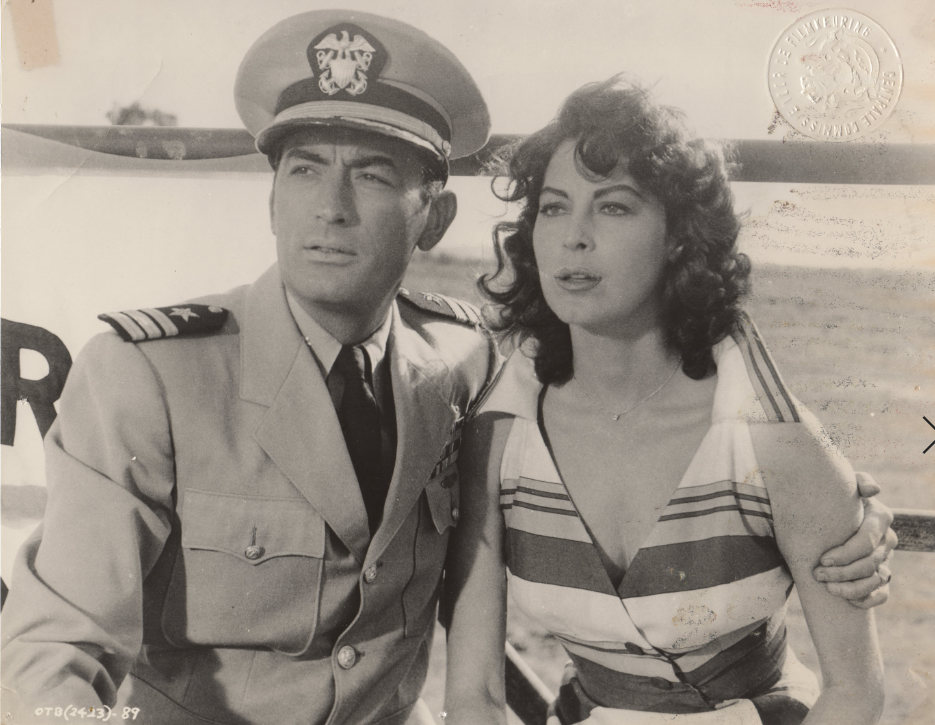 Ava starred alongside Gregory Peck in On the Beach (1959). Ava played Moira Davidson, a woman facing the nuclear apocalypse.

Ava on On the Beach: “As for my performance, the critics couldn’t seem to decide what was more surprising: how well I acted or how unglamorous I looked. Newsweek was typical, deciding that “Miss Gardner has never looked worse or been more effective.” Frankly I didn’t care what they hell they thought. I was proud of being part of this film, proud of what it said.” 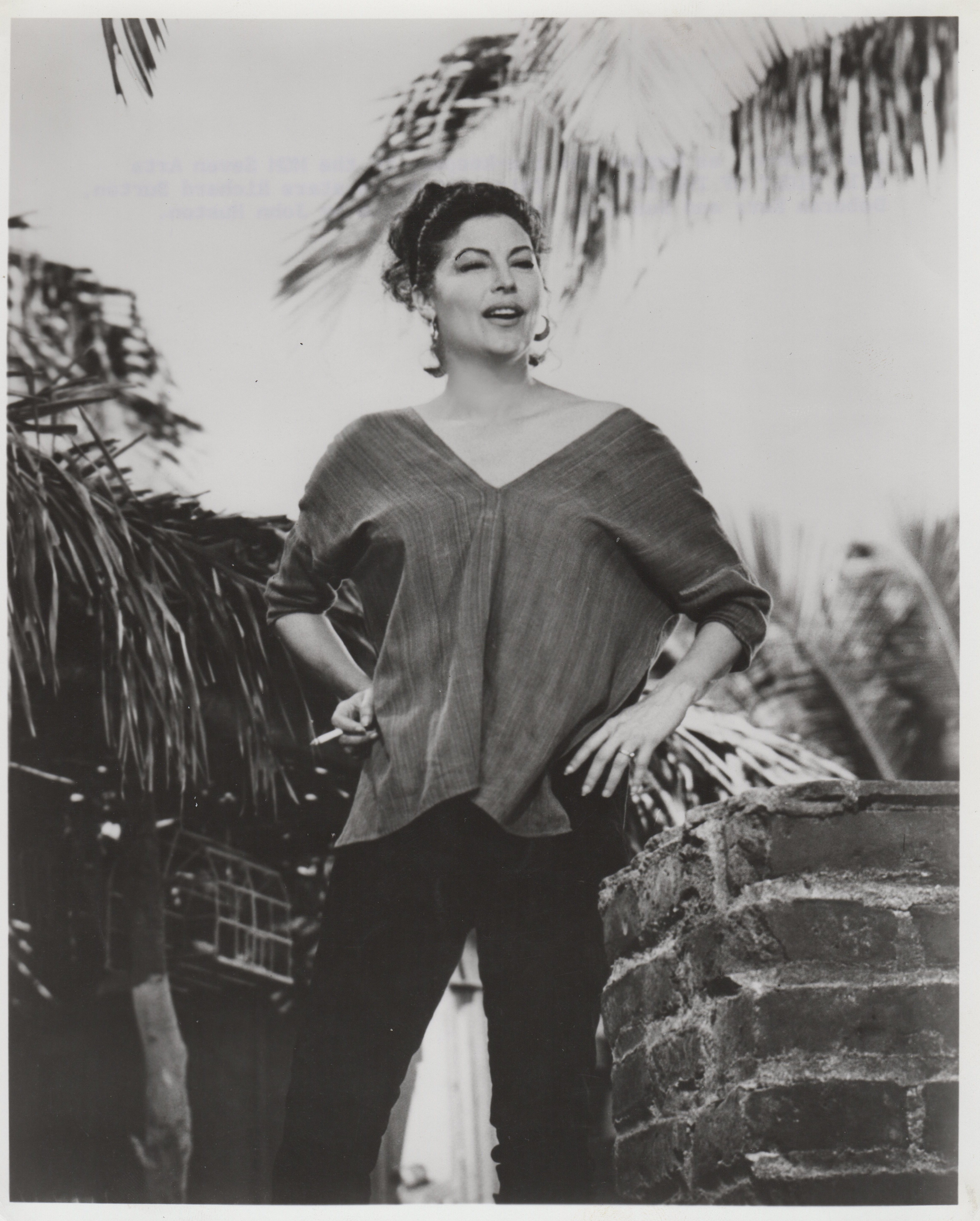 Ava Gardner as Maxine Faulk in The Night of the Iguana (1964), one of her most lauded film roles.

Ava on The Night of the Iguana: “I was determined to do my best in Iguana…I’ve never been really happy with The Night of the Iguana; in fact, I got embarrassed about my performance the first time I saw it. The critics, however, must have been looking at a different picture. “Ava Gardner is absolutely splendid,” said The New Yorker. “Ava Gardner all but runs away with the picture,” said Life. Miss Gardner gives the performance of her career,” said the Hollywood Reporter. Hell, I suppose if you stick around long enough they have to say something nice about you.” 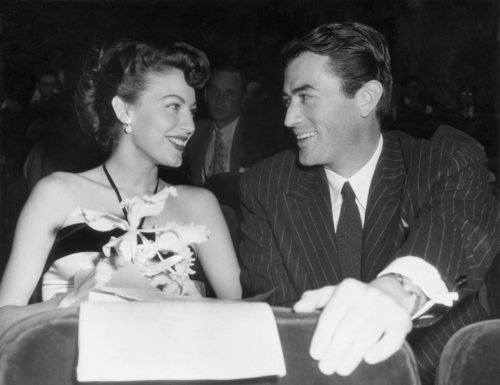 Ava with Gregory Peck at the Look Magazine awards ceremony in 1953.

In addition to her nominations voted on by those in the film industry, Ava was also recognized by the public several times with fan-favorite awards from publications and organizations like Photoplay Magazine, Look Magazine and the National Screen Council. 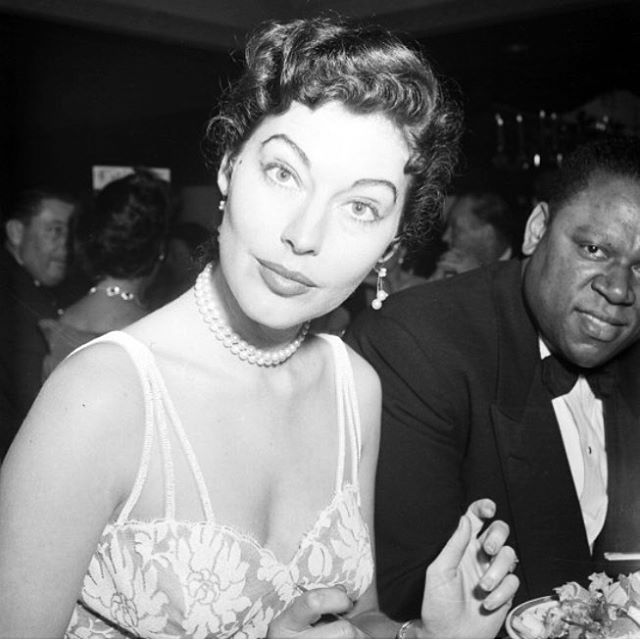 Ava and William Warfield, who starred together in Show Boat, at the 1952 Photoplay awards.