Horseless Carriages to Take a Tour of Johnston County

Did you know that next week is officially Horseless Carriage Club Week in Johnston County?

Well, now you do. An official proclamation from the county was issued in congruence with the first visit to the area by the North Carolina Regional Group of the Horseless Carriage Club of America. This touring antique car club actually includes members from all over the southeast who meet annually for a summer driving tour through a selected host city. 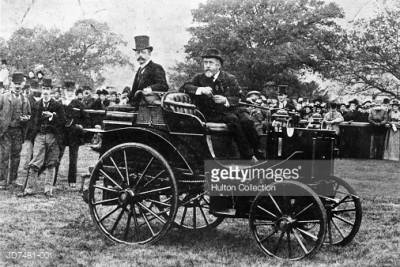 Johnston County is happy to be hosting antique automotive enthusiast to our area, which is rich in heritage and hospitality. I, of course, had questions about this unique event. What is a horseless carriage? What is a tour?

The first thing I learned is that the Horseless Carriage Club of America has 70 regional groups across the world. In the North Carolina Regional Group there are members from within the state and also places like Virginia, Georgia, and Florida. The biggest event in the club is the yearly tour, going on its 64th year, and it has never been hosted in eastern NC until now. Members meet at the host location, often bringing their cars in trailers, and then spend the next few days driving the antique cars around caravan style while enjoying the local points of interest.How old are these things? I sat down with Selma native, tour host, and 5-year member Tommy Fitzgerald. He was happy to answer all my questions and also, theoretically, teach me how to drive a Model-T.

I was fascinated to find that only a very specific type of car can claim membership in the club. Cars manufactured prior to 1928 are allowed, though a lot of the cars driving around Johnston County next week will be over 100 years old. We’re talking about cars that were made by hand pre-assembly line era (RIP Henry Ford). That is where the term horseless carriage comes from. The very first cars looked like carriages without horses hitched to them. As Tommy Fitzgerald put it, “very few cars on the road today, and not in museums, represent the infancy of the automobile industry.”

The responsibility of preserving this era of human ingenuity instills horseless carriage owners with a sense of purpose. Club members own these cars for the driving and the enjoyment, but mostly they do it to help preserve an important piece of history. “It is for posterity,” says Fitzgerald, “in the club we say that you might have the title and the bill of sale, but you never really own the car. The car belongs to history.”

And there will be cars on this tour that you have never seen before and will likely never see again, even a car with a steam-powered engine. Over 75 cars and around 200 people have signed-up. Drivers range in age from late twenties to over eighty. Fitzgerald explained that most drivers but cars in working condition, already restored. Some die-hards with the knack for it like to buy and fix up automobiles themselves. 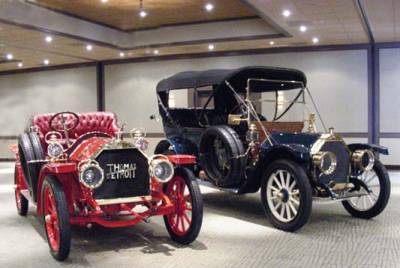 Gentlemen (and Ladies) Start Your Engines

I wanted to know about the ability of these cars to perform on modern streets and at considerable distances. I learned something new again. Legally, a car must only be equipped with the safety features it came with. So, if you drive your 2015 Ford Escape without doors, seatbelts, or airbags… that’s illegal. Driving a 1918 Ford Model-T lacking some of the same features is perfectly legal because the car was not manufactured with those features in the first place. As for performance, Fitzgerald assures me these cars are all in perfect working condition. The average touring day finds the group traveling 100-125 miles, though routes tend to traverse secondary roads and not major highways.

If you have a desire to see any of these fascinating and historical cars for yourself, the club will be doing at least 2 public displays. One next Monday the 20th at Deacon Jones from around 5:30PM to 8PM. Another at Holt’s Lake Bar-B-Que on Wednesday the 22nd around lunchtime.

Thank you to Tommy Fitzgerald and his wife Donna for bringing this amazing event to Johnston County. I would like to wish you and the rest of the Horseless Carriage Club members a fun and safe tour.